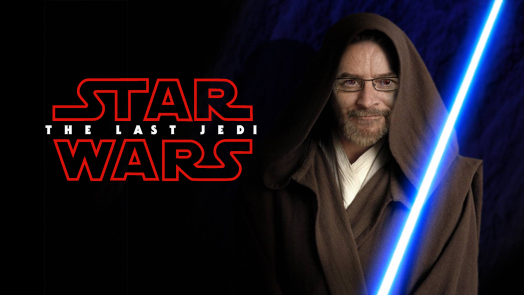 I have just returned from seeing the latest Star Wars film “The Last Jedi” and very enjoyable it was too. Myself and Lady Ann took James our ten year old grandson and he was mesmerised by the sheer spectacle of it.

Lady Ann on the other hand took the opportunity to get comfortable, warm and kept nodding off. Now thats not a reflection of the film more a reflection she hasn’t been sleeping very well  due to her back issues.

Its strange to think that the film franchise has been going for more than two-thirds of my lifetime and it must be one of the only franchises that most of the main character’s are still involved in a realtime storyline.

The iconic opening roller and fanfare still to this day still make the hairs on the back of my neck stand on end. It has to be one of the most iconic openings of all time.

This time though the film has had a more profound effect on me. It has made me more aware of my own advancing years. It was whilst watching these characters perform on the screen I realised I have known them for most of my adult life and that is very strange.

So with Luke and Princes Leia acting there grumpy old socks off on the big screen in my mind whilst watching them I can still remember vividly the younger versions of these characters in the first Star Wars movie back in 1978.

It got me thinking, I wonder when younger family members see me the person in front of them do they perhaps see a glimpse of me as my younger self.

I was trying to explain to James who Luke Skywalker was, I could see him trying to reconcile the young Luke Skywalker who he has seen on DVD and the one in the film, in his mind he thought the older Luke was the younger ones father. (because he has a friend who has the same name as his dad)!

According to James, age is an alien concept, he thinks his teacher is very old and she is only in her mid thirties, I haven’t been brave enough to ask him how old he thinks I am.

I suppose our culture is defined by the young for the young so I have now realised that maybe I have become a little more reflective and have started to look back just as much as I look forward.

Looking at the present do I see the panacea I was promised all those years ago?

Unfortunately not at all, all I am seeing is greater division in society and more and more social injustice.

I am sure most politicians enter office to make a difference and help everyone in our society. But I cant see that at the moment, all I see is self interest and people holding onto power at any cost.

I have realised however that if I was living in that Star Wars galaxy far far away I definitely would have been fighting the Empire.

As my mum once said I could get dirty in a field of snow so wearing a storm trooper’s uniform would be out of the question.

Lady Ann catching me this afternoon channeling my inner James May. #gettingexercise #staysafe
My granddaughter Violet looking after daddies bitcoins. What could possibly go wrong haha #financialwiz
As well as valentines day It’s a special number kind of day. Used the Crossfire to go to Manchester for my Covid shot and hit 111111 on the odometer on the way home. It looks like the display has give up! So this is. a where and when kind of post.
After a very long and crap day I decided to have a snifter. Then you discover there is no ice. This day just keeps on giving. Chin Chin People #tomorrowwillbeagoodday
Some Sky this morning here on top of the world! What’s the saying Red Sky at night Shepherd’s delight. Red sky in the morning Shepard’s warning. Let’s hope it isn’t true.
My daughter and her friend Christopher Tait have organised this online equestrian event to raise funds to help the family of Skyla Rae. If you want to take part it's easy and the family and charity will benefit from the funds raised. Let's try to make a difference. https://facebook.com/skylaraepreseasonphotoshow
Just taken this out of the bedroom window, it’s looking a bit cold outside. The moon looks very bright tonight. #night #clouds #moon
Manchester is looking particularly splendid tonight from up here on top of the world. #Saddleworth #manchester #dusk
It has eventually stopped raining and snowing long enough for me to get some exercise. It’s great when you don’t have to travel to promenade by a Canal. #Diggle #saddleworth #topoftheworld
Wow you nod off in the chair watching TV and you wake up in Narnia! #saddleworth #diggle
Birthday glass of wine.
Let's hope that our wishes for a better year are answered. Stay safe people and let us work together to beat coronavirus. #newyear
Well done to Diggle Community Brass. Thank you for playing my favourite Christmas Carol tonight just around the corner from our house. If you see them send them a donation. #itsbeginningtofeelalotlikechristmas
Young Violet my Granddaughter has taken a shine to my hat. Unfortunately It looks far better on her than it does me. #cowgirlstyle
At last, it’s stopped raining here on top of the world and Mr Moon has made an impressive appearance. #saddleworth #maninthemoon
Just had a run over the moor to keep Mr Grey happy. He refuses to start if you leave him to long locked in the garage. #sadmaninasportscar
Lest we forget. Many paid the ultimate price for our freedom. #RememberanceSunday
Congratulations @JoeBiden on an outstanding result. Let’s hope you can work towards a truly united America. #MakeAmericaGreatAgain
Living here on top of the world has the added advantage of being able to look down on foggy days #sunshineafterrain
My Cars Mileage, Symmetry in numbers. 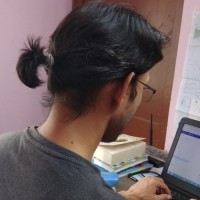 Fiction with a sprinkle of reality...